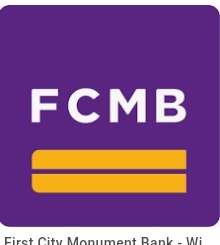 FCMB, Other Accused Of Holding-On To Fraudulent Funds

Men of Force Criminal Investigation Department (ForceCID) Annex, Alagbon, Ikoyi, Lagos, has accused First City Monument Bank Plc and one other bank of refusing to release the sum of N1.690 million, fraudulently kept in their custody by an alleged fraudster, Faruq Ojemuyiwa Lekan, who is said to be a customer to the banks.

Consequently, ForceCID had instituted a suit against FCMB and the other bank before a Lagos Federal High Court, seeking an order compelling the two banks, to release the funds to its original owner, Chancery and Associates, that was allegedly defrauded by the banks’ customer, Faruq Ojemuyiwa Lekan.

ForceCID through its lawyer, Mr. A. Illyas, also asked the court for an order compelling FCMB placing a lien/post no debit on the alleged fraudster’s account numbers 7403390016 and 1430141274, which warehoused the funds. And an order compelling both FCMB and other to arrest the said Faruq Ojemuyiwa Lekan or any other person who operates the said alleged fraudulent account.

In urging the court presided over by Justice Sule Muslim Hassan, the police lawyer, Illyas, through a motion exparte marker FHC/CS/L/1897/2021, brought before the Court, said the orders sought for are pursuant to sections 6, 44(k) of the 1999 Constitution, Sections 4 and 66(1) of the Police Act, 2020 and Order 26 Rules 7 of the federal High Court’s civil procedure rules, 2019.

ForceCID in an affidavit deposed to by one of its investigators, Inspector Momoh Paul, averred that on December 30, 2020, a case of fraud, obtaining money under false and stealing was reported by Chacery and Associates against Faruq Ojemuyiwa Lekan, who is presently at large.

Inspector Paul averred that during investigation, it was revealed that the total sum of N1, 690 million, was transferred to the alleged fraudster’s account numbers 7403390016 and 1430141274 domiciled with FCMB and other the bank by the fraud victim, and that the alleged fraudster, Faruq Ojemuyiwa Lekan, had since absconded since the funds entered his accounts and all effort made to trace him prove abortive.

The deponent also stated that  investigation, he discovered the two account numbers belongs to the alleged fraudster, who is still using them to defraud innocent citizens. Adding that placing lien or post no debit on the said accounts will aide the police to arrest and prosecute the suspect.

In moving both the motion exparte and affidavit in support on Wednesday, the Police lawyer, Mr. Illyas, said all efforts to retrieve the money and return same to the owner, had proved abortive as FCMB and the other bank declined the police request.

He told the court that granting the orders sought for will enable the court to recover the funds and return same to the owner.

Justice Hassan has adjourned till January 21, 2021, for report of police investigation on said accounts.