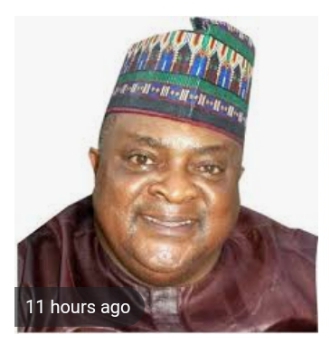 One of the foremost rights group in the country, Human Rights Monitoring Agenda (HURMA), has said the passing to glory of Muhammad Fawehinmi, the first son of Late Ganiyu Fawehinmi (SAN), has diminished the human rights and Civil society organizations in Nigeria.

Muhammad Fawehinmi, 52, died on Wednesday, after a brief illness.

HURMA in a statement jointly issued by Comrade Buna Olaitan Isiak and Barrister Lekan Alabi, it’s Executive Director and Head Legal, respectively, described Late Muhammad as “a lion on the wheel, full of courage, full of passion, full of character and full of principle, lived, worked and died for humanity”.

HURMA while quoting John Locke’s word; “the action of men are the best interpreters of their thoughts”, stated that late Mohammed, just like his father, did not believe in sectarianism and divisionism. But worked with all the tendencies in the popular struggle against neo-liberal policies of the over-tolerated ruling class who imposed all the economic hardships in the world on Nigerian people.

Here is the full text of HURMA’s statement: “THE ACTIONS OF MEN ARE THE BEST INTERPRETERS OF THEIR THOUGHTS”  – JOHN LOCKE (Mohammed Fawehinmi: Sun set at dawn)

The passing of Mohammed at his prime has diminished our constituency of the human rights community and civil society organizations in Nigeria and in Diaspora. The organizations of which he was a proud member of while on this part of the world. Mohammed was a lion on the wheel, full of courage, full of passion, full of character and full of principle. He lived for humanity, he worked for humanity and died for humanity. Mohammed has our respect for his determination and principle for sustaining and carrying the banner of his father where his father stopped.

As an organization, the Human Rights Monitoring Agenda (HURMA) watched him closely from 2009 to 2021 whether he would stand for what his father stood for when he was alive, happily enough, despite the comfort, opulence, wealth and legacies bestowed on him by his father for a comfortable life anywhere in the world, he chose the path of his father.

What path? The path of continuous demand for responsible governance from the corrupt and incompetent leadership that has held the jugular of this post colonial makeshift called Nigeria from serving the economic and political interest of the people, the path of struggle against commercialization and privatization of public education in Nigeria and the path of demand for good governance and liquidation of dictatorship and enthronement of democratic tenets.

While on the battle field, he did not believe in sectarianism and divisionism. He worked with all the tendencies in the popular struggle against neo-liberal policies of the over-tolerated ruling class who imposed all the economic hardships in the world on Nigerian people. He worked with Marxists, socialists, progressives (not All Progressive Congress), market women and men, radical wing of labour unions, progressive academics and journalists, progressive lawyers, radical lawyers and he was on the streets despite his limits and his limitations with the Nigerian masses. He was a familiar face in all the platforms where progress about Nigeria was being discussed.

As an organization, we celebrate your principle, your thought, your courage, your character, your perseverance and your never die spirit. All these will remain ever green in our memory. You have become an imperishable treasure that has etched his name in the Hall of Fame. Adieu, the Lion on the wheel.
Signed:
For Human Rights Monitoring Agenda (HURMA)
Comrade Isiak Olaitan Buna, Executive Director
Bar. Lekan Alabi, Head Legal