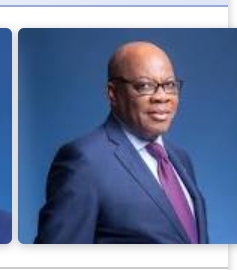 The former President of Nigerian Bar Association (NBA) Dr. Olisa Agbakoba (SAN) has called on Dr. Kayode Fayemi, the Ekiti State Governor, to immediately urge other governors in the country, to enforcement several court orders on financial autonomy of the nation’s third arm of government, Judiciary.

By doing this, the former NBA President said it will save the country’s judicial system from chaos.

Agbakoba (SAN) made the call in a letter written to Fayemi who is also doubled as the chairman of Nigerian Governors Forum (NGF), which a copy was made available to newsdishng.com through his Media Assistant, Niyi Odunmarayo.

The foremost lawyer, who said he is saddened by the strike embarked upon by the judicial workers, Judiciary Staff Union of Nigeria (JUSUN), said the only way to be out of the crisis is for the governors to observe the rule of law and obey all judgments of the court.

The letter with the caption State governors should please enforce decisions of Courts and save the country this chaos in the Judiciary”, reads in part: “Iam saddened by the avoidable strike action by Judiciary Staff Union of Nigeria (JUSUN) because of the stress it has caused the judicial system.

“A simple way out is for state governors to observe the rule of law and obey Judgments of the court. Sections 81 (3) and 121 (3) of the Constitution of Nigeria, grants financial autonomy to Federal and State Judiciaries.  This has been confirmed by courts in the following cases; judiciary staff union of Nigeria Vs National Judiciary Council & Governors Of the 36 States, in Suit No: FHC/ABJ/CS/667/13; Olisa Agbakoba Vs FG, The NJC & National Assembly, Suit No. FHC/ABJ/CS/63/2013; and Olisa Agbakoba Vs AG, Ekiti State & 2 Others, Suit No. NAD/56/2013.

“State Governors should please enforce the decisions of the court and save the country this chaos. JUSUN is absolutely correct to pursue a policy of financial Independence of the courts guaranteed by the Constitution and affirmed by three decisions of superior courts of Nigeria”.