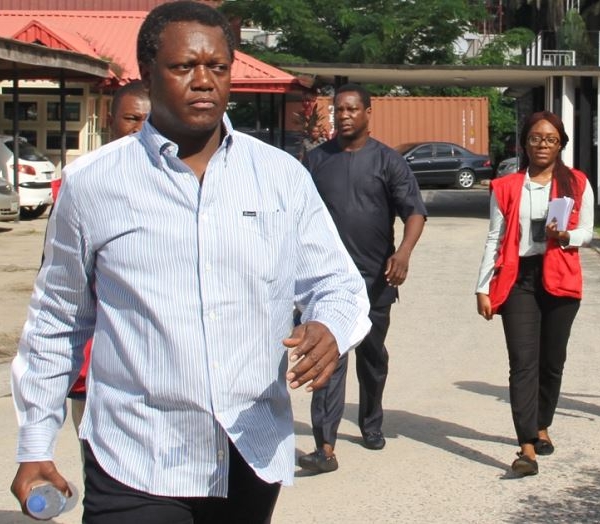 Further trial of Mr. Uyiekpen Giwa-Osagie, lawyer to the former Vice President, Alhaji Atiku Abubakar, who is being prosecuted over alleged money laundering to the tune of $2 million USD, before a Federal High Court, Lagos, has been adjourned till December 7, 2020.

The adjournment was at the instance of Uyiekpen’s brother, Erhunse, who is also being tried on the same allegations alongside his brother, by the Economic and Financial Crimes Commission (EFCC).

At the resumed trial of the Giwa-Osagie, today, their lawyer, Oluwafemi Anjorin, told the court that a letter has been written to the court for an adjournment, due to the absence of the second defendant,   Erhunse, whom he said was indisposed.

Lawyer to the EFCC, Abbas Mohammed, did not opposed to the defendants’ request for adjournment.

Uyiepken, a senior counsel in Africa Law Practices (ALP) and his younger brother, Erhunse, are being tried before the court by the Economic and Financial Crimes Commission (EFCC) for allegedly laundered the sum of $2 million USD.

They were first arraigned before Justice Nicholas Oweibo on August 14, 2019, during the court long vacation on three counts charge of conspiracy and money.

Upon resumption from the vacation, they were rearraigned before Justice Chuka Obiozor, on the same three counts charge.

Uyiekpen was alleged to have procure his brother, Erhunse, to make the cash payment of the said sum without recourse to financial institutions.

The two defendants have pleaded not guilty to the charges and they have been granted bail in various terms.