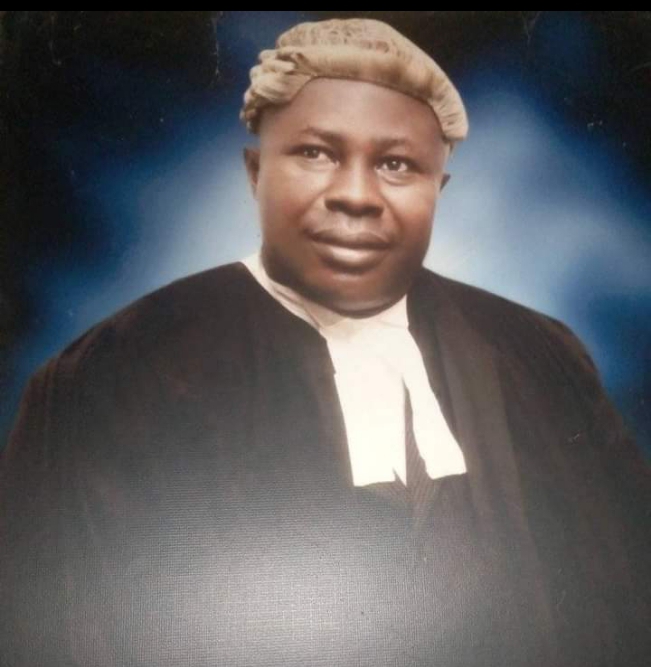 State Governments Should Allow Autonomy Of The Judiciary –Barr. Ataene

Spurgeon Ataene is a Nigerian human rights lawyer and has practiced law for many decades. In this interview with Newsdishng.com, Ataene bares his mind on the ongoing strike by the Judiciary Staff Union of Nigeria (JUSUN). He also counselled Heads of Federal Courts and States’ Chief Judges on what to do if the Judiciary is granted full autonomy. Excerpts.

What is your take on the autonomy of Judiciary?  Do you think the ongoing strike by the Judiciary Staff Union of Nigeria (JUSUN) is really worth it? All over the world and from so many climes that we have heard of the separation of power, we are talking of Executive, Legislative and Judiciary. We have never heard that Judiciary is an appendage of any arm of government. The Judiciary necessarily ought to be on its own and should function as such. It is part and parcel of Separation of Power. If the Judiciary has been an appendage of the Executive in Nigeria, it has always been wrong ab initio. The Federal government has done the right thing, because, I understood that the President signed Executive Order 10 to effectuate autonomy for the Judiciary, which is already given impetus by the Constitution of this country.
Therefore, for the Judiciary to function properly and money meant for it is not released in batches, the judiciary should be autonomous. For the Chief Judges of States or Heads of Courts at the federal level, to run the affairs of the courts in Nigeria, to take care of their immediate needs, autonomy is the answer. Because, what we have in this country are dilapidated courts. For example, the courtrooms at the Federal High Court, Ikoyi, Lagos, are like kitchens and are not fitting to be called courtrooms.
These courts are so congested that you cannot even have 20 lawyers sitting at the same time without so much effort. That is not the kind of system anyone would envisage should continue. Therefore, autonomy will bring more money to the Chief Judges of different courts, so that they can build more facilities and upgrades the existing ones. Autonomy will also enhance their performance.

The striking Judicial Staff Union has criticized Chief Judges in the country for collecting luxury cars from governors as gifts. What is your take on this? Autonomy has always been a very wonderful idea but implementation of autonomy has always been the problem. It is not because of lacks of laws or policies. We have brilliant policies in this country. We have brilliant laws in this country but implementation has always been the problem? What if the government of different States gagged the Chief Judges, even threaten them that unless they do their will, they will make the court system ungovernable. Of course, he who pays the piper dictates the tune. I agreed that some Chief Judges collect cars and all manners of gifts like housing, but this is still wrong.
As I said, he who pays the piper dictates the tune, whatever court judgment the government wants, that is what they will get. I have personally sued the Lagos State government and some of its agencies, it has always been a torrent time in court because the judges are usually afraid to make certain pronouncement that are supposed to be in tandem with the laws. No matter the enormity of our laws that is in place, these judges will be afraid.
Therefore, I agreed with you but that does not distract from the fact that autonomy is necessary. With autonomy, all these cars may not just be cars; they would have enough funds to build fantastic structures coupled with good remunerations. Because, judges toil day and night to satisfy the whims and caprices of the people that employed them, they also toil days and nights to make sure that they satisfy the teeming litigants, who are expecting their judgments within time.
Consequently, if they do not have such opportunity of having enough funds to get necessary equipment, law books and everything they needed to perform well but have to run to the Executives all the times, of course, they will not perform well. Sometimes we will be in court the generating sets will go off and sometimes, there is no power, some of the judges have to use rechargeable lamps to conduct proceedings. Is this how courts have to function? The answer is no. So, the State Governments should allow the autonomy of the Judiciary. I believe in the autonomy of Judiciary very seriously and anybody that is kicking against it  means there is something the person wants to hide or there is something the person has been doing that he or she does not want to correct.

What does autonomy for the Judiciary entails?Autonomy means that whatever money that is meant for Judiciary will not pass through other organs of government. It will flow directly from the Federation account to the States’ Chief Judges and to the Heads of Courts at the federal level. They are the one to take care of all the expenses.

What advice do you have for the Heads of Courts and Chief Judges of various states, if request for autonomy is allowed? I must serve a notice of warning to all the Chief Judges and the Heads of the Courts at the federal level. This is because, when this autonomy is effective, some of them may start behaving like the governors. They will refuse to give the judges and Magistrates their dues regards. They will refuse to release money to judges and anybody that is against their policies will be denied access to funds.  That is what some of them will do. I want to serve a note of warning that if this war on autonomy ends and it is granted, every Chief Judge should carry all the judges along. Judiciary workers and other stakeholders should not be neglected so that there will be no other strike within the system or agitations of any kind.