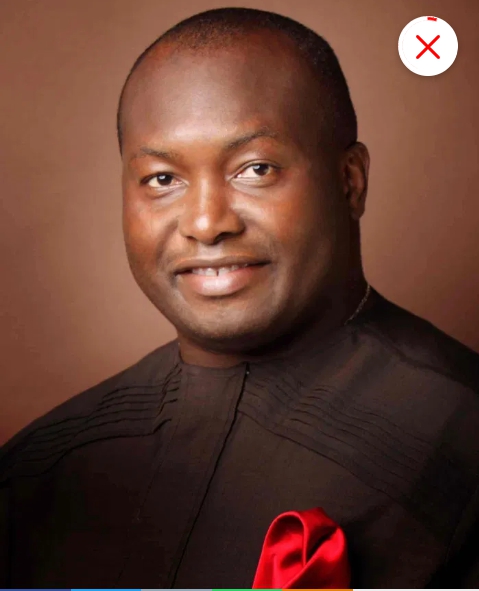 Justice Faji fixed the date, on Wednesday, after lawyer to the AMCON, Omotayo Olatunbosun, informed the court that the Corporation has served the hearing notice of the suit, at Senator Ubah’s last known address, but only to be surprised that the respondent was not represented in court.

Olatunbosun also told the court that the Corporation took it upon its self to serve the hearing notice, which was done by Babatunde Lawal, who deposed to an affidavit of service.
 
 
The current AMCON’s suit against the Anambra State Senator is numbered FHC/L/CS/115/2020.
 
 
 it would be recalled that AMCON recently presented what it described as the ‘correct account’ in the case between it and Senator Ifeanyi Ubah over alleged N135 billion unpaid debt.
 AMCON in a statement from its Corporate Communications Department and published by the Nation newspaper, recently, said although it will not join issues obligors on the pages of newspapers, it felt compelled to put the records straight.

AMCON had said it has taken all necessary steps  to ensure that the debt matter between the Senator and the Corporation is resolved amicably, but the negotiations were allegedly frustrated by the obligor.

The statement explained that the Federal Government and AMCON did not humiliate Senator Ifeanyi Ubah in respect of any charge against him. According to the AMCON, the charge in court is between the Federal Government of Nigeria against Senator Ifeanyi Ubah. “As a matter of fact, the subsisting Consent Judgment, which the Senator made allusions to was once disallowed by the Senator himself on behalf of Capital Oil, which served as a setback to the satisfaction of the Consent Judgment,” the statement said.

“The implication of that is that by AMCON records, there is no mediation ongoing in respect of the indebtedness of Capital Oil & Gas Industries Limited with AMCON. However, AMCON will not shut its doors to further discussions to see how the N135 billion debt is resolved. Addressing other issues in this matter rather than the facts is somewhat distractive because AMCON being a responsible corporate organisation did not paint Senator Ifeanyi Ubah and will not paint him as a fraudulent Nigerian. AMCON wants the debt resolved”.

“On the valuation of assets, AMCON and the Senator also had issues with the assets the Corporation found overvalued, which was why the Consent Judgment also provided that Capital Oil & Gas Industries Limited and Senator Ifeanyi Ubah should provide assets to AMCON with aggregate market value of N78.55 billion as described in schedule 1 of the Consent Judgment as part payment to reduce the aggregate value of Capital Oil’s outstanding debt. In the event of shortfall between the value of the transferred assets were less than N78.55billion expectation, Capital Oil is to bring additional assets. Capital Oil however refused, thereby frustrating the Consent Judgment meaning that the issue of valuation and compliance with N78.55billion is yet to be resolved”.

While Ubah had earlier stated that AMCON embarrassed him over the alleged debt.